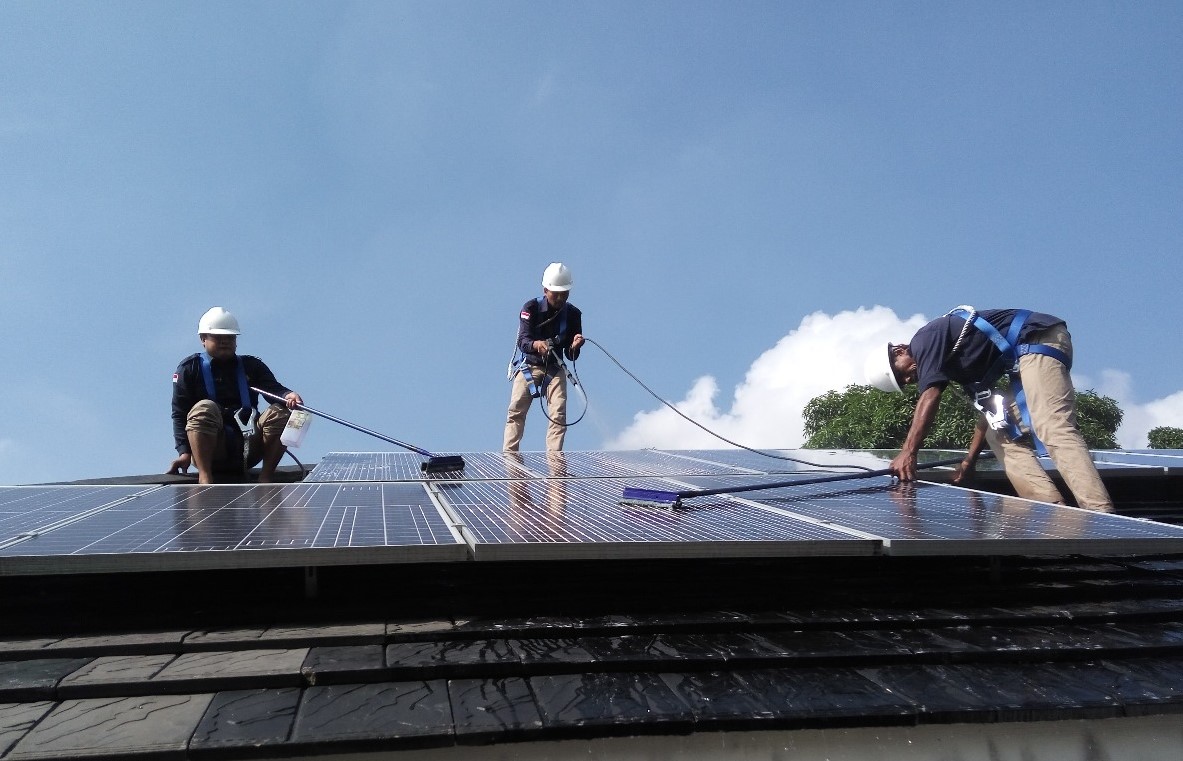 The government has continued to optimize the use of solar energy potential by preparing the installation of hundreds of thousands of rooftop solar systems (PLTS) in the household sector. This plan will be named Energi Surya Nusantara, part of the government's strategy to use solar energy and stimulate economic recovery (green economy) after the Covid-19 pandemic.

Director of Various New Energy and Renewable Energy of Directorate General of New Renewable Energy and Energy Conservation, Ministry of Energy and Mineral Resources (EMR), Harris, said this program will be funded by the State Budget and intended for the poor and the vulnerable to poverty, or customers of State Utility Company PLN who receive subsidies from the government.

"There is a program that is being planned, still under discussion, the Energi Surya Nusantara program. The concept is to shift the subsidies received by PLN's household customers to the installation of solar power generators," said Harris in an online discussion at the New Energy Nexus Hackathon on Thursday (24/9).

The presence of the Energi Surya Nusantara is considered to provide many benefits. For example, it can reduce the burden of electricity subsidies by Rp 800 billion to Rp1.3 trillion at the current electricity tariffs.

Next, this program will absorb a huge number of workforce, contribute to the targets of the National Energy Master Plan, help to reduce greenhouse gas emissions by 1.05 million tons per gigawatt peak in nationally determined contributions (NDC), and foster the green industry.

Surya Nusantara was first initiated and recommended time by the Institute for Essential Service Reform (IESR), a think tank that is active in conducting advocacy and campaign for ensuring the fulfillment of people's energy needs.

Besides encouraging the massive use of rooftop solar systems, the Ministry of EMR has also made several tactical strategies to encourage the increase in solar energy generation capacity.

"We encourage the massive addition in solar energy generation with a target of 2,089.4 Mega Watts. This is the right time to accelerate the addition," said Harris.

An example of the strategies pursued by the government is the development of large-scale PLTS, including in cooperation with the Asian Development Bank (ADB). This is done to reduce the cost of electricity generation (BPP).

The Ministry of EMR also develops Cold Storage PLTS in cooperation with Ministry of Maritime Affairs and Fisheries by optimizing the State Budget funds in coastal areas or maritime economic clusters. Finally, Hybrid PLTS are developed in the 3T (frontier, outermost, and least developed) regions, particularly in Eastern Indonesia. (IY)