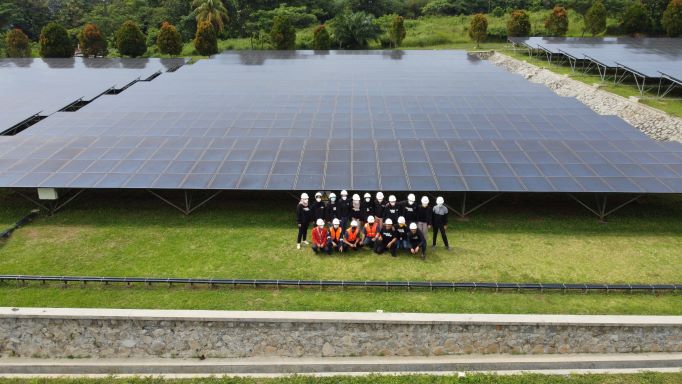 Until 2020, the share of new, renewable energy only reached 11.2%. Therefore, Indonesia needs concrete and planned efforts to achieve the 23% renewables target in the energy mix by 2025, Minister of Energy and Mineral Resources (EMR), Arifin Tasrif, has said in a work meeting with the Legislation Committee of the House of Representatives of the Republic of Indonesia (DPR RI) on Tuesday (14/12).

To accelerate renewables development and taking into account construction time and price competitiveness, the Ministry of EMR is encouraging the construction of solar power plants, i.e. small-scale, floating, and large-scale power plants across Indonesia, Arifin continued.

The Ministry of EMR has also determined the Electricity Supply Business Plan (RUPTL) of state electricity utility PT PLN (Persero) for the years 2021-2030. This is a "green" RUPTL, where 20.9 GW (51.6%) of additional capacity will come from renewables. Renewables will be developed evenly in all electricity systems, taking into account the system's power balance.

The new RUPTL opens a bigger role for Independent Power Producers (IPPs) to be involved in the development of renewables-based power plants. It allocates 63.7% out of 4,680 MWP photovoltaic (PV) and 54.4% out of 3,236 MWP on-grid solar power generation to the private sector. The RUPTL does not contain any plans for coal-fired power plants except those that have reached financial close or begun construction. (IY)