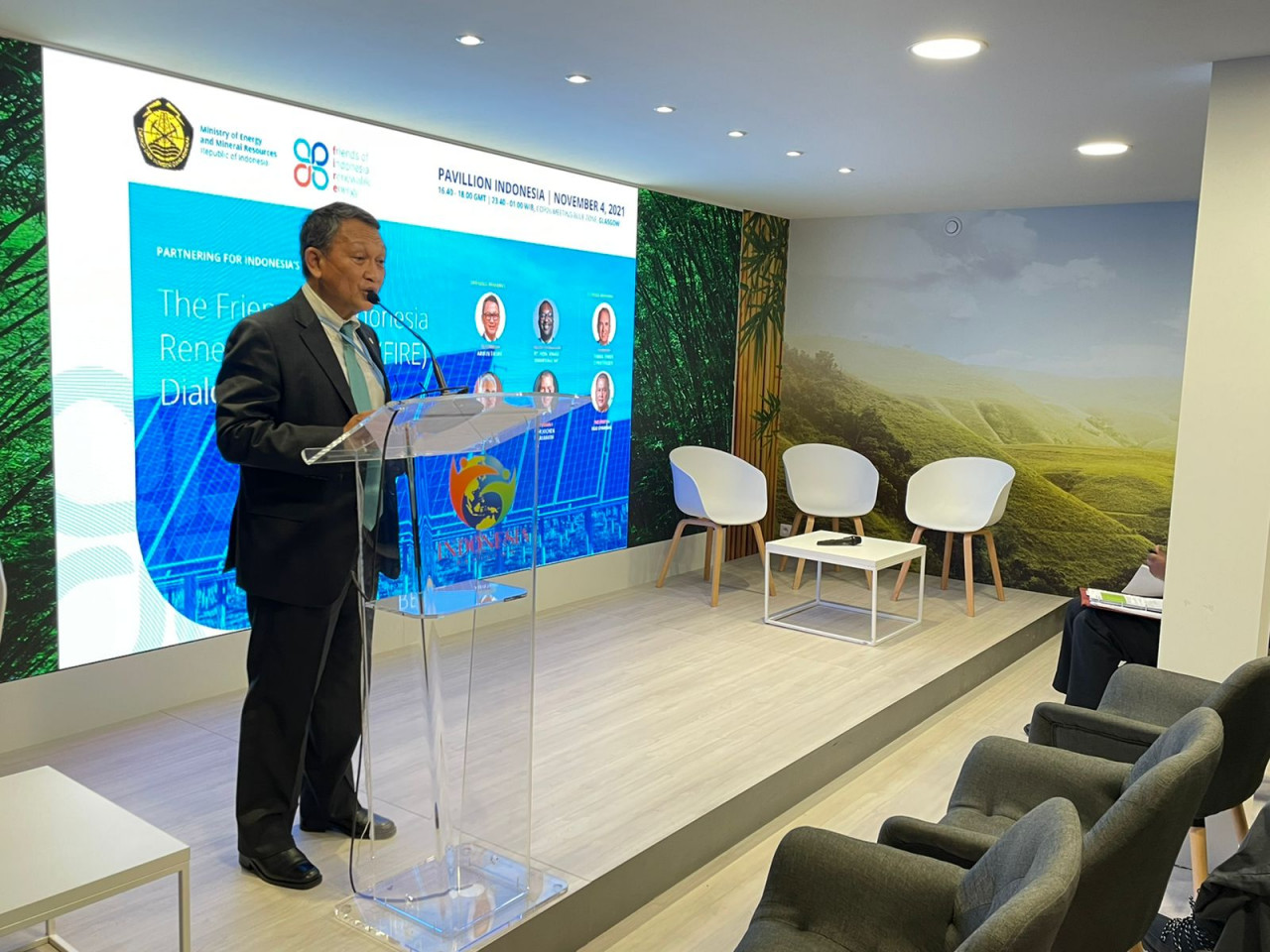 The FIRE Dialogue is a new platform for coordinated international support to the energy transition process in Indonesia, Minister of Energy and Mineral Resources (EMR), Arifin Tasrif, has said in an event titled "FIRE Dialogue--Enhancing International Support for Indonesia's Energy Transition Acceleration" held at COP26 in Glasgow, United Kingdom, on Thursday (4/11) local time.

FIRE, which stands for Friends of Indonesia Renewable Energy, is a collection of energy transition dialogues co-chaired by the Ministry of EMR of the Republic of Indonesia and the governments of the United Kingdom, Germany, and Denmark. The FIRE Dialogues have been formed to respond to Indonesia's request for greater international assistance in its low-carbon energy transition.

Taking into account of Indonesia's condition, continued Arifin, FIRE will develop plans that support Indonesia in accelerating coal phase out and reaching New, Renewable Energy (NRE) targets. "The program will also support us in developing the Long-Term Energy Plans to ensure that our ambitions are realized and we gain better cooperation with domestic and international partners," said Arifin.

Considering the global energy transition to low-carbon economy and Net Zero Emission (NZE), Indonesia carried out an emission-cutting exercise. The result showed that around 9.2 Giga Watt (GW) of coal-fired power plants could be retired early before 2030.

On the same occasion, Secretary General of the Ministry of EMR, Ego Syahrial, also said that international partnership were needed to solve the climate change crisis. "The governments of the United Kingdom, the Federal Republic of Germany, and the Kingdom of Denmark, have showed their commitments to supporting Indonesia's energy transition. We have also gathered from international financial institutions, namely the Asian Development Bank and the World Bank, of how fiscal and structural reforms will help Indonesia phase out coal," said Ego.

Ego reiterated Indonesia's commitment to contribute to the global Net Zero Emission (NZE) target with adequate climate finance and transfer of reliable technologies. "Therefore, we will welcome the support and contribution of the international community and advanced country because we aspire to lead by example," Ego concluded. (IY)