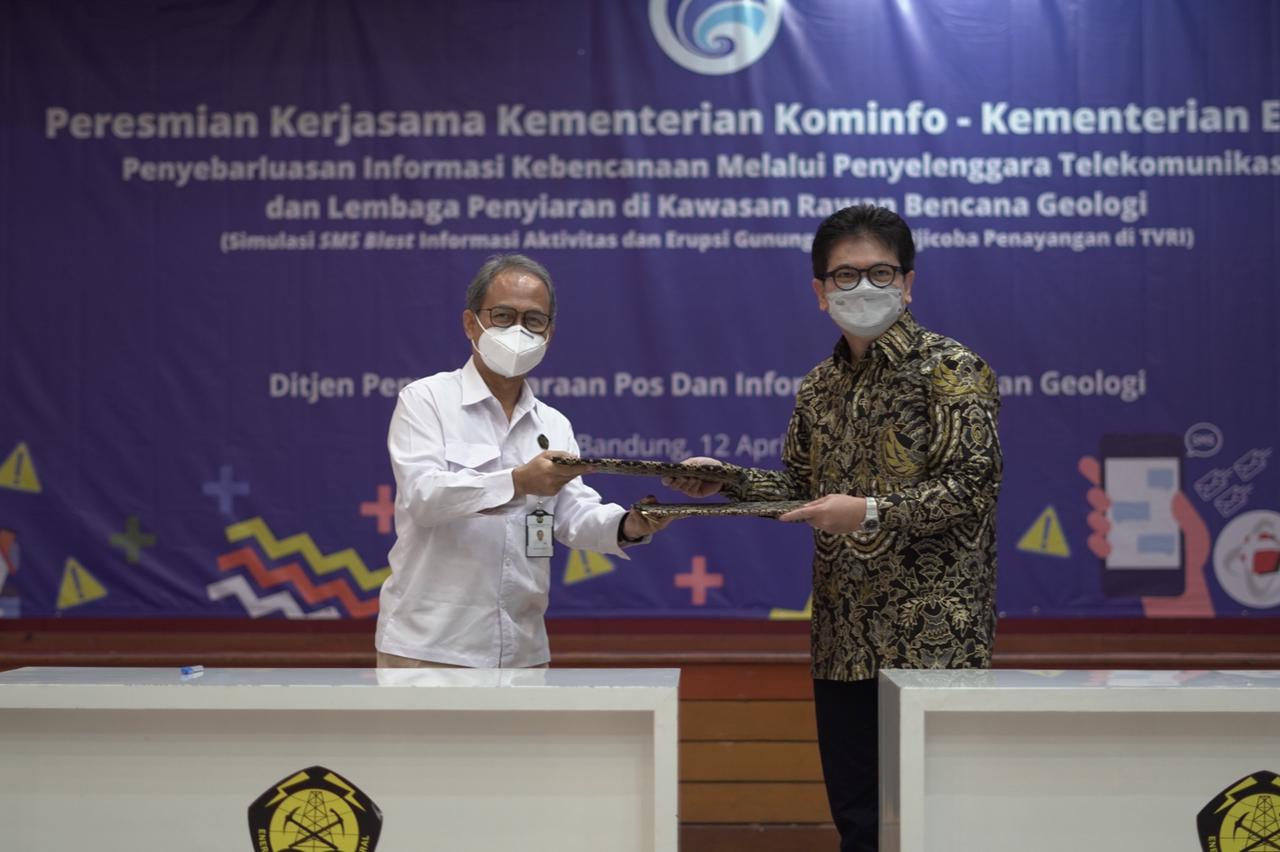 The agreement was signed by Director General of Post and Informatics Administration Ahmad M. Ramli representing Kominfo, and Head of Geological Agency Eko Budi Lelono on behalf of ESDM at the Auditorium of the Geological Agency in Bandung, West Java.

Head of Geological Agency in his welcome remarks said that the population density in geological disaster-prone areas (KRB) is increasing. The increase has forced the government to improve the mitigation of geological disasters using advances in information technology while still conducting information dissemination and providing the public with sufficient education.

"With technological advances, communities (living in disaster-prone areas) have requested the government to provide data and information services so that they can survive a disaster," said Eko Budi.

Indonesia's geographical condition, where disaster-prone areas are scattered and have limited access to telecommunication networks, has posed a challenge to information dissemination.

"The program to disseminate hazard information in disaster-prone areas through telecommunications providers and public broadcasters is one of the solutions to the challenge," added Eko Budi.

Meanwhile, Director General of Post and Informatics Administration, Ahmad M. Ramli, said the SMS Blast launching is timely because at the moment a number of volcanoes show increased activities.

Ahmad went on to say that Kominfo has made coordination steps since December 2020, and at the moment the system has technically been connected to the SMS systems of a number of cellular operators such as Telkomsel, Indosat, XL, and Hutchison 3.

On the same occasion, Head of PVMBG Andiani said the SMS notification gives warning about disaster potential and serves as the earliest mitigation for people living in disaster-prone areas.

"The notification is one of our efforts to give early warning to people who live in disaster-prone areas, and it is also meant to strengthen people's capacity to face disaster potential," said Andiani.

To develop the disaster notification system, PVMBG and Kominfo had completed several trials to ensure the system runs well. The system development has actually been initiated a few years ago.

The cooperation will enable both ministries to foster synergy in providing data and information about other geological hazards in disaster-prone areas, such as volcanic activity level and eruption, land movement, earthquakes, and tsunami. (IY)