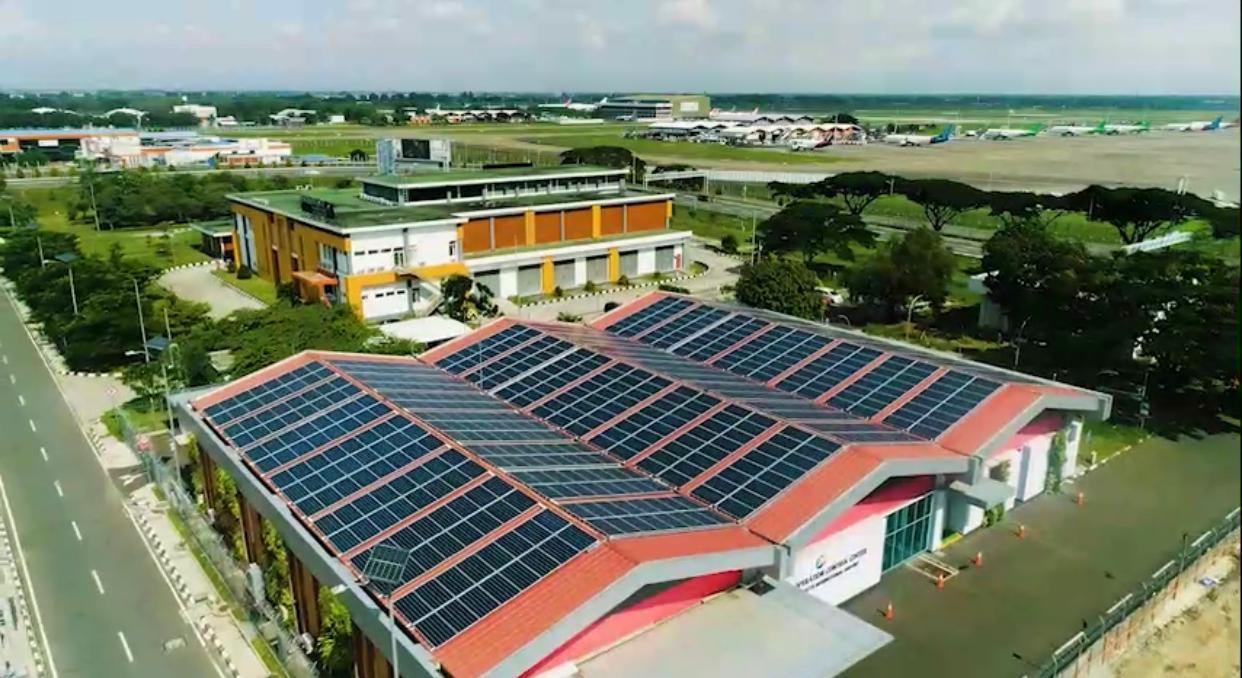 As many as 720 solar panels with a capacity of 241 kilo watt peak (kWp) will decorate the roof of the Airport Operation Control Center (AOCC) building of Soekarno Hatta Airport in Tangerang Regency, Banten Province. The solar power system will be fully operational on October 1, 2020.

"The massive installation of rooftop solar panels in various public facilities is a concrete action in realizing the national movement of a million rooftop solar systems. What PT Angkasa Pura II & PTBA have done with the support of other State-Owned Enterprises is a very progressive collaboration in supporting sustainable clean energy. PTBA which was initially a coal company has now transformed into an energy provider, and actively supports the clean energy movement. This is a very positive transformation in the energy sector," said Agung in Jakarta on Friday (25/9).

The government has continued to encourage the massive use of solar energy. Until the first semester of 2020, the installed capacity of rooftop solar system is about 11.5 MW from 2,346 PLN's customers. The government has targeted the share of renewable energy mix by 23% by 2025.

"To achieve the 23% target of renewables by 2025, we will take various steps in parallel. For example, we'll improve regulations on renewables prices to make investments more attractive," added Agung.

Meanwhile, President Director of PT Angkasa Pura II (Persero), Muhammad Awaluddin, said that the presence of a solar power system as the source of electrical energy is the entrance to the next use of renewables in the Green Airport concept applied at Soekarno-Hatta Airport.

Although located in PT AP II's area, the solar panel system of the AOCC building was built by PTBA in collaboration with a subsidiary of PT LEN Industri, PT Surya Energi Indotama. Operation of the solar system will be carried out by PTBA.

President Director of PTBA, Arviyan Arifin, said that installation of the solar power system shows the commitment of SOEs to making a synergy in renewables development. "We hope cooperation and synergy like this can continue and be improved in the future," said Arviyan.

He added that PTBA is always ready to support the implementation of Green Airport and to develop solar power systems at other airports managed by Angkasa Pura II.

PTBA has continued to diversify its business beyond coal, in line with its vision to become a world-class, environmentally friendly energy company. (IY)