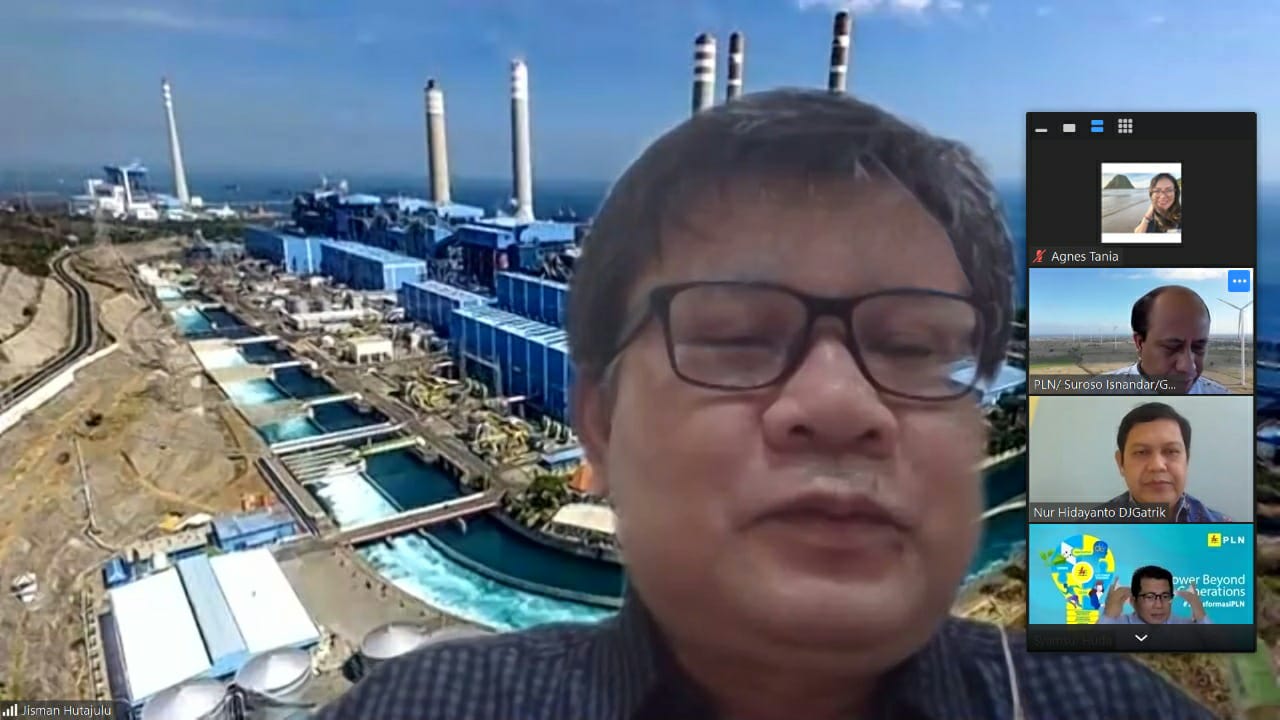 The electricity system in Sulawesi Region during Eid al-Fitr 2020, on Sunday (24/5) was in general in normal condition. PT PLN (Persero) reported the condition to Ministry of EMR via Director of Program Fostering of DG Electricity, Jisman Hutajulu, in a video conference held on Monday (25/5). The video conference is on the agenda of the EMR Sector's National Command Post (Posko) for Eid al-Fitr 2020.

"It's all about monitoring for the Lebaran, 4 video conferences have been held to check electricity readiness. Earlier, we've received information that consumption is down by 30 percent on an annual basis; of course (consumption is) down, especially with the outbreak of Covid-19, but it's the government's function to check and monitor whether or not there are any disruptions especially on the second day of Lebaran, and what treatment has been given to our power plants in Sulawesi," said Jisman.

Syamsul Huda said that in order to ensure electricity supply for Lebaran, PLN has also monitored if there are issues to be reported and paid attention to in Sulawesi. He said that in general, Sulawesi has two large systems, namely the North Sulawesi-Gorontalo (Sulutgo) system and the Southern Sulawesi (Sulbagsel) system. The Sulutgo has a net capacity of 604 MW, peak load 420.2 MW, reserve margin 184.25 MW or 30.58%. Meanwhile, the Sulbagsel system has a net capacity 2,293 MW, peak load 1,411.2 MW, reserve margin 696.22 MW or 33.04%. The two systems are separate.

Suroso commented that both the south and the north systems (of Sulawesi) had enough power, and that there were not any power disruptions during the Lebaran holidays.

"There's one thing to note, however; during Eid holidays, peak load is usually the lowest, but if we trace peak loads in the period 2017-2020, the 2020 load is the highest. This means that despite the pandemic, electricity load in Sulawesi is growing. It's very inspiring that in the middle of difficulties, we can see that the economy is moving, because the one area where economic growth can be directly felt is the electricity subsector," Suroso said.

He added that in general, the interconnection of both the north and the south systems was sufficient and there was no disruption.

"We launched some special operations that prioritize reliability so that we've limit intermittent construction to 30 MW in the south, and in the north according to the existing load pattern," Suroso stated.

In general, the electricity condition of Sulawesi Region in the period 17-23 May 2020 was safe.

"I'd like to thank PLN, I hope we can give the best service; maintain programs that have run well, ensure electricity supply to islands surrounding Sulawesi in addition to disaster-prone areas, finish all projects, and most importantly, stay safe," Jisman concluded. (IY)