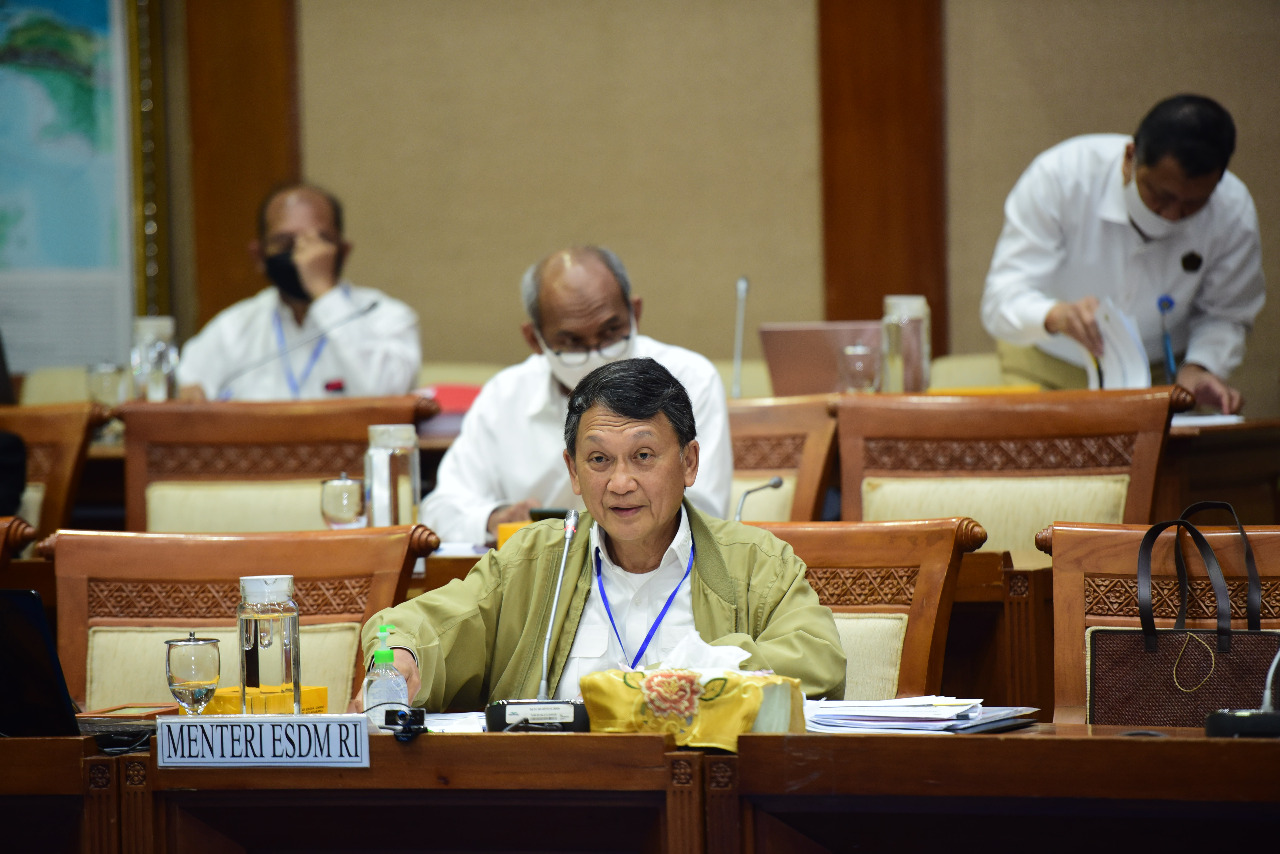 Minister of EMR and Commission VII Agree on Macroeconomic Assumptions

Minister of EMR and Commission VII Agree on Macroeconomic Assumptions

Minister of Energy and Mineral Resources (EMR) Arifin Tasrif and Commission VII of the House of Representatives (DPR) of Republic of Indonesia have agreed on the EMR sector's macroeconomic assumptions in Draft State Budget (RAPBN) of 2021. The agreement is reached on Monday (29/9), while discussions have taken place since Friday (26/6).

The ICP is agreed at USD42- USD45 per barrel, according to proposal from Minister Arifin. "This proposal is based on WTI's estimate of crude price at USD42.63 per barrel; the proposal also refers to the short term energy outlook of US Department of Energy which calculates Brent price at USD47.88 per barrel and WTI at USD43.88 per barrel," said Arifin.

For oil and gas lifting, the assumption is set at 1,680-1,720 thousand Barrels of Oil Equivalent Per Day (BOEPD), consisting of oil lifting 690-710 thousand BOEPD and gas lifting 990-1,010 million BOEPD. The amount of cost recovery for next year is proposed at USD7.5-USD8.5 billion.

"Considering current reality and policy such as nozzle digitalization at gas stations, the government hopes the volume of subsidized fuels can be made more efficient and can be controlled to make the subsidies more on target," Arifin stated.

Meanwhile, Solar diesel subsidy is set at Rp500 per liter. "I hope these assumptions will be made reference in the Budget Message of the President," said Arifin.

For electricity subsidy, Minister of EMR and Commission VII of DPR RI have agreed on a range between Rp50.47 trillion and Rp54.55 trillion. The subsidy amount is lower than the amount set in the 2020 State Budget at Rp54.79 trillion. Until May 2020, electricity subsidy reached Rp15.64 trillion, while the outlook until the end of 2020 is estimated at Rp58.18 trillion.

These macroeconomic assumptions are not final. The points agreed on by Minister of EMR and Commission VII of DPR RI will be discussed at DPR's Budget Committee to be approved later by the President. (IY)