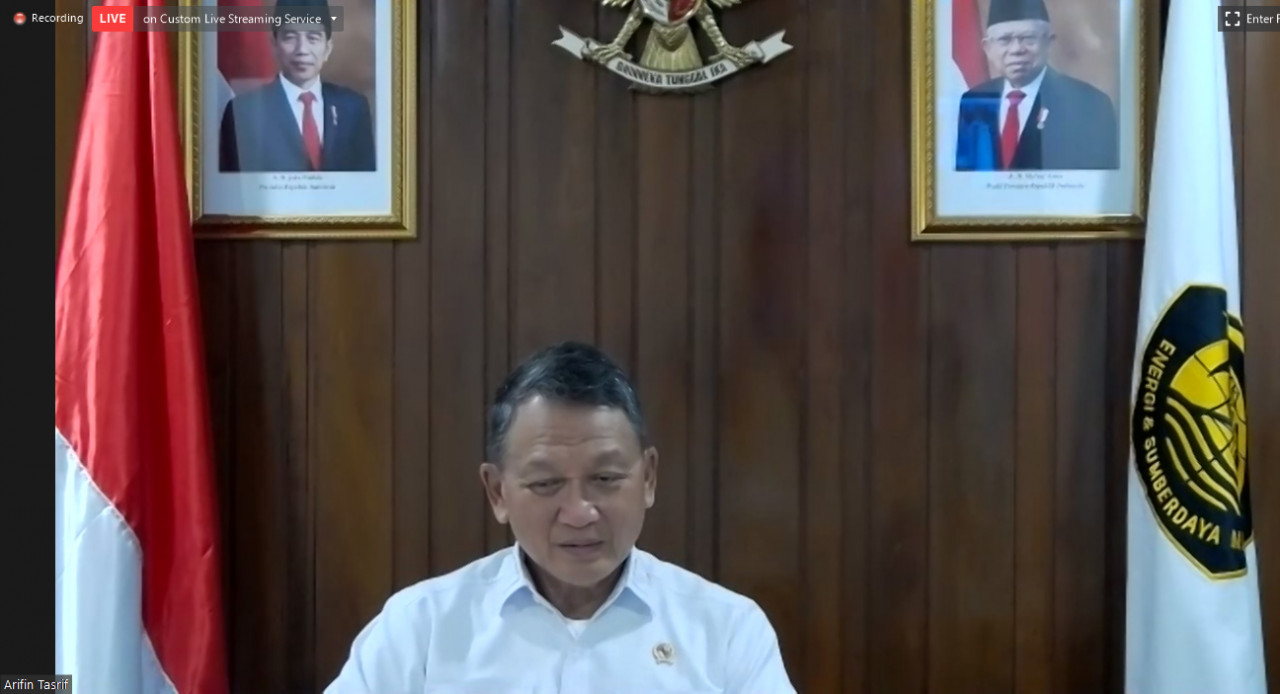 100th Anniversary of Volcano Monitoring in Indonesia, Minister of EMR is Proud with Achievements

100th Anniversary of Volcano Monitoring in Indonesia, Minister of EMR is Proud with Achievements

Minister of Energy and Mineral Resources (EMR) Arifin Tasrif on Wednesday (16/9) officially opened the 100th Anniversary of Volcano Monitoring in Indonesia. The theme of the celebrations is "100 Years Anniversary of Saving Lives; Lessons Learned, Reflection and Celebration".

Indonesia's position between three large plates in the world, according to Minister Tasrif, makes the country a disaster-prone area. However, this fact should have made the Indonesian people tougher, more alert, and more prepared in facing geological disasters such as volcanic eruptions, earthquakes, tsunamis, and ground movements.

"The fact that around 70 volcanoes, out of total 127 in Indonesia, are very active has asked for serious attention because some of these volcanoes eruptions caused heavy casualties. However, like two sides of the same coin, apart from geological disasters, the positive side of this location is that Indonesia have fertile soil, 128 sedimentary basins, 329 geothermal manifestations, 421 groundwater basins, and metallogenic belts; so, Indonesia has a large amount of mineral resources and energy which we must manage wisely and fairly," said Minister Tasrif.

One hundred years of volcanoes observation in Indonesia is a long journey that has enriched the Indonesian people with many experiences to learn from, reflect on, or even celebrate together.

"Celebrating this 100th anniversary, we can be proud to see our achievements so far, but we must also realize that necessary improvements need to be made by turning our experience into the knowledge to face the challenges in volcanoes monitoring in the future," continued Mr. Tasrif.

The hard work in volcanoes monitoring in Indonesia has received worldwide recognition. Center for Volcanology and Mitigation of Geological Disasters (PVMBG), Geological Agency of Ministry of EMR was the first agency in the world to receive a prize from the International Association of Volcanology and Chemistry of the Earth's Interior (IAVCEI) Award in 2018. This award is based on volcano monitoring aspects and how an agency organizes volcanic crises before, during, and after an eruption.

Head of the Geological Agency, Eko Budi Lelono, added that the year 2020 marks the 100th year of volcano monitoring in Indonesia. This is a long journey in developing volcanoes monitoring systems.

The milestone in the history of Indonesia's volcano monitoring was started institutionally after the eruption of Mount Kelud in East Java in 1919. When Mount Kelud erupted, the crater lake overflowed. Hot lahar from the crater lake swept the neighboring villages and city and killed 5,156 people.

A year later, a drainage tunnel was constructed to drain the crater lake and reduce its water volume. An agency in charge of mitigating eruption disasters was also founded. The agency's name was Volcano Protection Service Office, which was founded on September 16th, 1920.

The Geological Agency has continued to make improvements to both the systems and the infrastructure used to monitor volcanoes by referring to world's standards. In line with today's advanced technologies, volcano monitoring can be carried out within a safe distance, comfortably, and responsively to support the mitigation of volcanic disasters. (IY)